Here is "2X4" by my late friend George Tucker who died on May 26, 2003 at age 50. He recorded this music over a period of about two years before his death. The title is "2 Preludes, 4 Tunes"  and is a realization of music that he wrote in the 1980s. He intended this recording for his friends, but I think it deserves a wider hearing. I hope you'll agree...
Steve Hayden
April 25, 2016

George Tucker: Guitar and guitar synth on all tracks.

Update Required To play the media you will need to either update your browser to a recent version or update your Flash plugin. 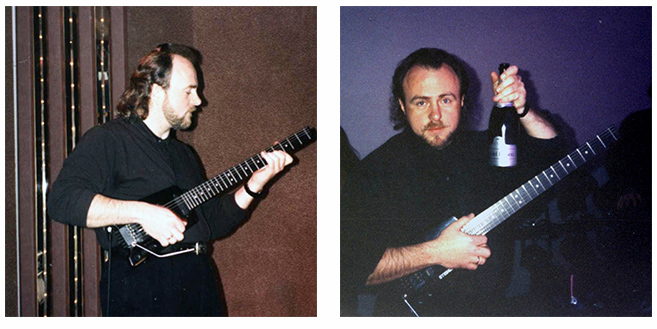